We are proud to announce our Officials’ coordinators: 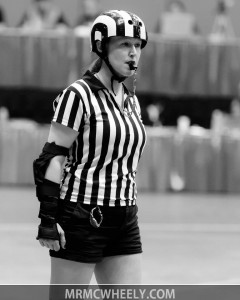 Working with the roller derby community since 2005, Miss Trial began her referee career with the Philly Roller Girls (WFTDA), where she worked until 2009. She also worked with the Charm City Roller Girls (WFTDA) (2009 and 2010). She has been the Head Referee of the New York Shock Exchange (MRDA) since 2009, and was elected as the first Director of Officiating for MRDA in 2011, where she is still currently stationed. She has officiated at both WFTDA Regional and MRDA Championship tournaments. She has supported the European roller derby community through her work as an official at the first ever European Tournament, Roll Britannia (2009), in addition to officiating at Anarchy in the UK (2011) and multiple boot camps. She was a Crew Head Ref at the first ever Roller Derby World Cup in December 2011, and she was also Co-THR/CHR for the first ever Men’s European Roller Derby (MERD) Championships this past July 2012. Miss Trial is an attorney by trade, and has been the attorney for the Philly Roller Girls since 2005. 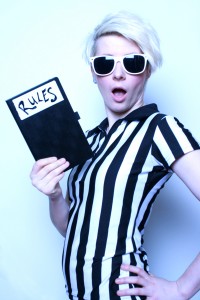 Cherry Fury has been involved with roller derby since 2008 and is a member of the Auld Reekie Roller Girls. Currently a WFTDA level 2 and a MRDA recognised official. Cherry’s officiating career has seen her clock up a lot of millage taking part in some high profile events across the globe including Anarchy in the UK (London 2011), The Roller Derby World Cup (Toronto 2011), the MRDA championships (New York 2011) and Euro-Crash (London 2012) and multiple boot camps as clinic host (EROC 2012, roARRG 2012). Cherry was also THR for the first Men’s European Championships (Birmingham 2012) and Chas on the Clyde (Glasgow 2012). 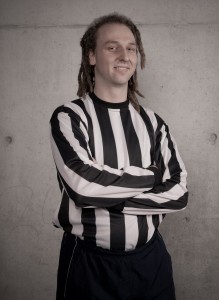 Fix Fox has been part of Bear City Roller Derby since 2010. He has been the Head of the Berlin’s officials committee since late 2011 and significantly contributed to the growth and consolidation of the local crew. He has stepped up to act as a link between the organizing league and the many officials that will attend the event. He is excited to be part of this very first European WFTDA Tournament.